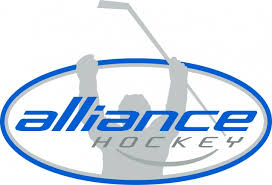 It’s the beginning of a brand new era.

And with that said, I’d like to thank you for stumbling upon this site and delving into the world that is AAA Alliance Minor Midget hockey. My hope is that Alliance Scout will become the go to place for news and updates for the 2015/16 season.

I had had the idea to begin writing about Minor Midget hockey last season during the OHL Cup. We’re obviously talking about the premier event in Minor Midget hockey, but the intensity of the tournament and the amount of coverage, or lack thereof, was disappointing in my eyes. Most sites that deal with minor hockey scouting tend to have more of a focus on the GTHL and to a lesser extent the OMHA and I do not blame them for that. All one has to do is look at last years OHL Priority Selection Draft to see that the GTHL possesses the top prospects in Ontario on a regular basis.